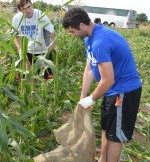 By Seton Hall Pirate Athletics on Sept. 22, 2014 MILFORD, N.J. – For a third-consecutive year, Seton Hall student-athletes turned out in full force to harvest crops and assist America’s Grow-A-Row in the fight against hunger. Nearly 50 student-athletes from 10 different varsity teams combined to produce a record-breaking harvest that generated END_OF_DOCUMENT_TOKEN_TO_BE_REPLACED 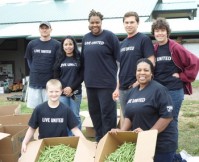 By Hunterdon County Democrat on September 17, 2014 at 7:12 PM As part of their United Way campaign, volunteers from 3M spent a Day of Caring in the fields with America’s Grow-A-Row. They collected more than 200 pounds of green beans. United Way is working to improve END_OF_DOCUMENT_TOKEN_TO_BE_REPLACED 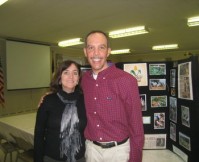 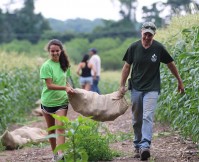 We are thrilled to announce that Chip Paillex, as President and Founder of America’s Grow-a-Row, has been named as a CNN Hero!  END_OF_DOCUMENT_TOKEN_TO_BE_REPLACED